Junior full stack developer Diana Giova, 36, has been in Barona Technologies now three years. Her daily tasks at work constantly change as she is working in an ad-hoc environment which consists of development and tech support. She enjoys learning constantly something new and solving puzzles inside code.

“My work is trying to help people, figure out where the bugs are, and code at the same time. So basically, I’m jumping from one task to another and never get bored.” Diana says.

Diana tells that she works in a team that deals with complicated problems – and she truly enjoys it. The team consist of three coders, two consultants, a designer, a system specialist, and a product owner. The whole of Barona Tech consists of over 40 professionals.

“It’s been fun. I’m learning quite a lot. I came here quite soon after my graduation, so this is my second position in my field.” Diana tells.

Diana came to Barona because she wanted to improve her JavaScript technologies knowledge as she used to be a PHP developer and her current project had come to an end.
Now she feels she has got back what she invested to make the jump to between these two technologies.

Java Script was the biggest plus in Barona and an opportunity to learn it more in depth influenced a lot Diana’s decisions through the recruitment process.

“How about Diana’s first impression of Barona?” She ponders and replies that the company felt big and also the office consisted of lots of floors so you could easily get lost. There was a lot to learn and at first it was overwhelming, but she is not one to give up when faced with a challenge. As a funny fact, Barona Tech’s space is known also as the “Fifth floor.”

“In addition, the location of the office played a big role as I love this place. It’s important to have a nice workspace and I like to be in the city center.” Barona’s headquarters are located in Töölönlahdenkatu in Helsinki, between the Central railway station and Oodi library.

Swap from restaurant to IT

Diana tells that she comes initially from a completely different industry. She worked six years as a professional waitress in high-class restaurants and liked it very much but wanted something more challenging and less customer-service oriented. She started studying environmental engineering but already during the first year of studies she noticed that she was more interested in how the programs that were used were actually coded.

“I tried to figure out what are the things that I like and after realizing what they are I changed my focus and chose Media engineering for my degree program. Media engineering consists of web development and media technologies. I chose the web development path.” Diana says. She also adds, “Problem solving is the best part of my profession – I want to understand how things actually work inside services and programs. Also, it is nice to be able to control machines instead of being at their mercy.”

Barona Tech uses several technologies for their services and aims to modernize anything that is in need of updating.

“It might take a long time to get to grips with our technologies (that would depend on one’s coding experience of course), but once you are familiarized with them you realize it’s very interesting how they connect and in the end it not that complicated. Personally, I like the complexity and the challenge of it.”

Planking, coffee breaks, and parties together

Diana says that her colleagues are easy to talk, work, and joke around with. The team and its culture are relaxed, organized, laid-back, hard-working, and motivated. Curiosity to learn and improve things is deep in the way of working. Liina, Diana’s co-worker, describes that she wishes from future colleagues to have the ability to listen.

Diana also agrees with this and considers this an important quality. She says that “Yes – but it also means that you try to understand. You need both: listening and understanding what others try to say to you.”.

Listening is a good skill to have as Barona Tech’s people work very close to the clients. Because of that constant co-operation you can also feel an ownership for your projects. For example, recruiters work just a few floors under so you can easily walk there and ask some questions.

Every person at Barona Tech has his own freedom to work in a way that they want. “We try to do work at the office together, but it is also possible to work from home. Some of the people like to come to the office very early – some of them later. I’m an evening person for example. We trust everyone that they do things right and I think our teammates are responsible.” Diana says.

The team has its own habits and rituals like planking and a coffee break every day at two o’clock.

“We also have great themed parties – we’ve been on a treasure hunt around Helsinki and in an escape room to mention just a few of them. It’s nice to get to know you team members outside office hours. That’s where memories are made.” 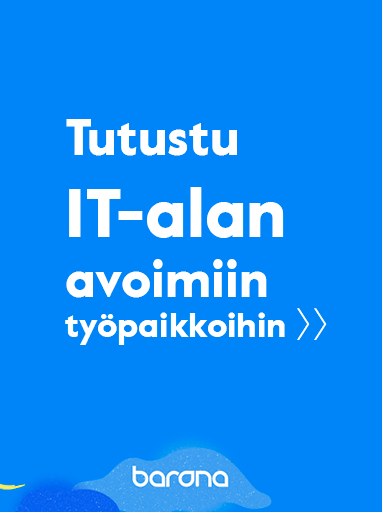 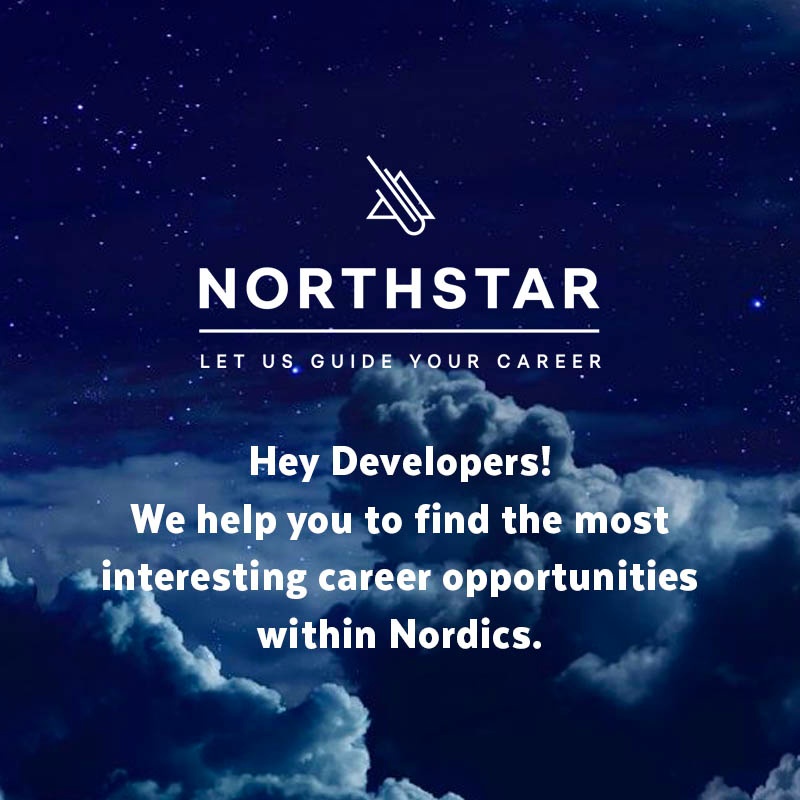